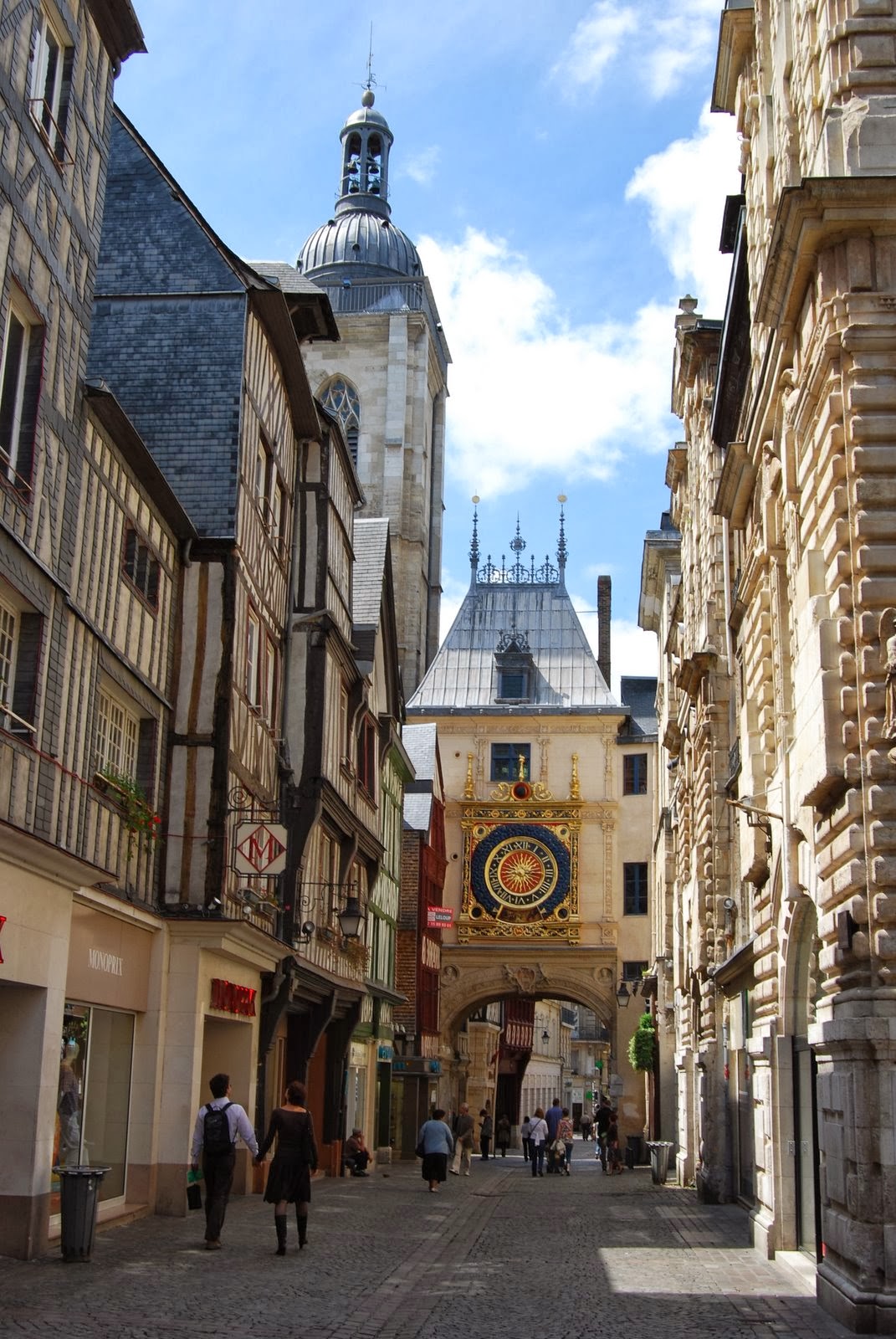 The ancient capital of upper Normandy boasts an unusually extensive medieval centre with scores of tall, stately, timber-framed houses and cobbled streets, many pedestrianised. Within a few hundred yards of each other is an imposing and lavishly-carved Gothic cathedral dating from the twelfth century and an equally substantial, but not quite so ornate, church built in the fourteenth century. It is also worth seeking out the eye catching and colourful gold clock mounted on an aging archway over one of the main shopping streets and the extraordinary array of gargoyles and statues that adorn the newly-cleaned Gothic Palais de Justice. As you stroll from one sight to another, you will also pass quirky modern sculptures, statues and fountains, but watch your step - there is dog poo on almost every pavement. The riverside is also marred by the nearby dual-carriageways, while outbreaks of graffiti and the odd intoxicated vagrant can make Rouen feel a bit edgy, 8/10