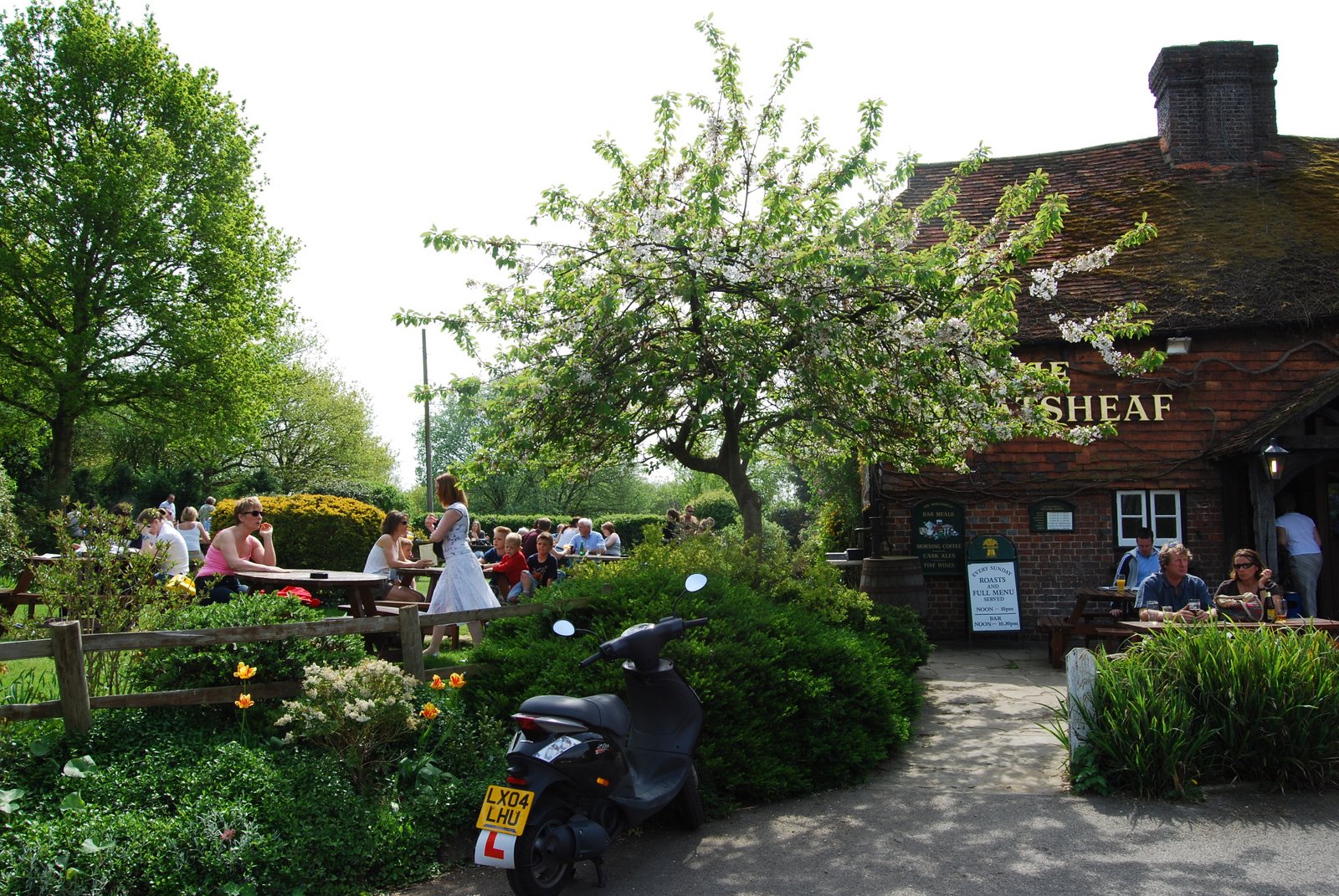 Ivy-covered, fourteenth century pub on the edge of a hamlet in the shadow of the North Downs. Inside are low ceilings, large Tudor fireplaces and ancient wooden beams decorated with animal heads, vintage weapons and other rural paraphernalia from yesteryear. Outside, is a large and well-tended beer garden with uncomfortable wooden tables and adjoining benches that fill up quickly on a summer's day. Popular with diners, the Wheatsheaf serves large portions of mediocre food lacking polish or flair. Unfortunately, the classic Sunday roast (about £12) - two large slices of fatty rare beef accompanied by potatoes, a coarse Yorkshire Pudding and vegetables - is dull and can be served lukewarm. The beef and vegetable curry (also about £12), served with a large poppadom and slab of naan bread, also lacks inspiration and heat. The ricotta and leek pasta (£8), which comes with a crispy cheese topping, garlic bread and salad, is more appealing.

Unusual and rustic ciders
Still, the kids meals (£3.85 for a main course followed by ice cream) are a bargain. Children can order two bog-standard sausages supported by some fat chips and a lettuce, tomato and cucumber salad. Or there is a smallish helping of penne pasta accompanied by a bread role, but no vegetables. On tap, are beers from Harveys and other local breweries, plus some unusual and rustic ciders. Service by the young, well-spoken, black-shirted waitresses and waiters is courteous and friendly, but a long queue can form at the bar, where you may be warned that food orders will take up to half an hour. 6/10