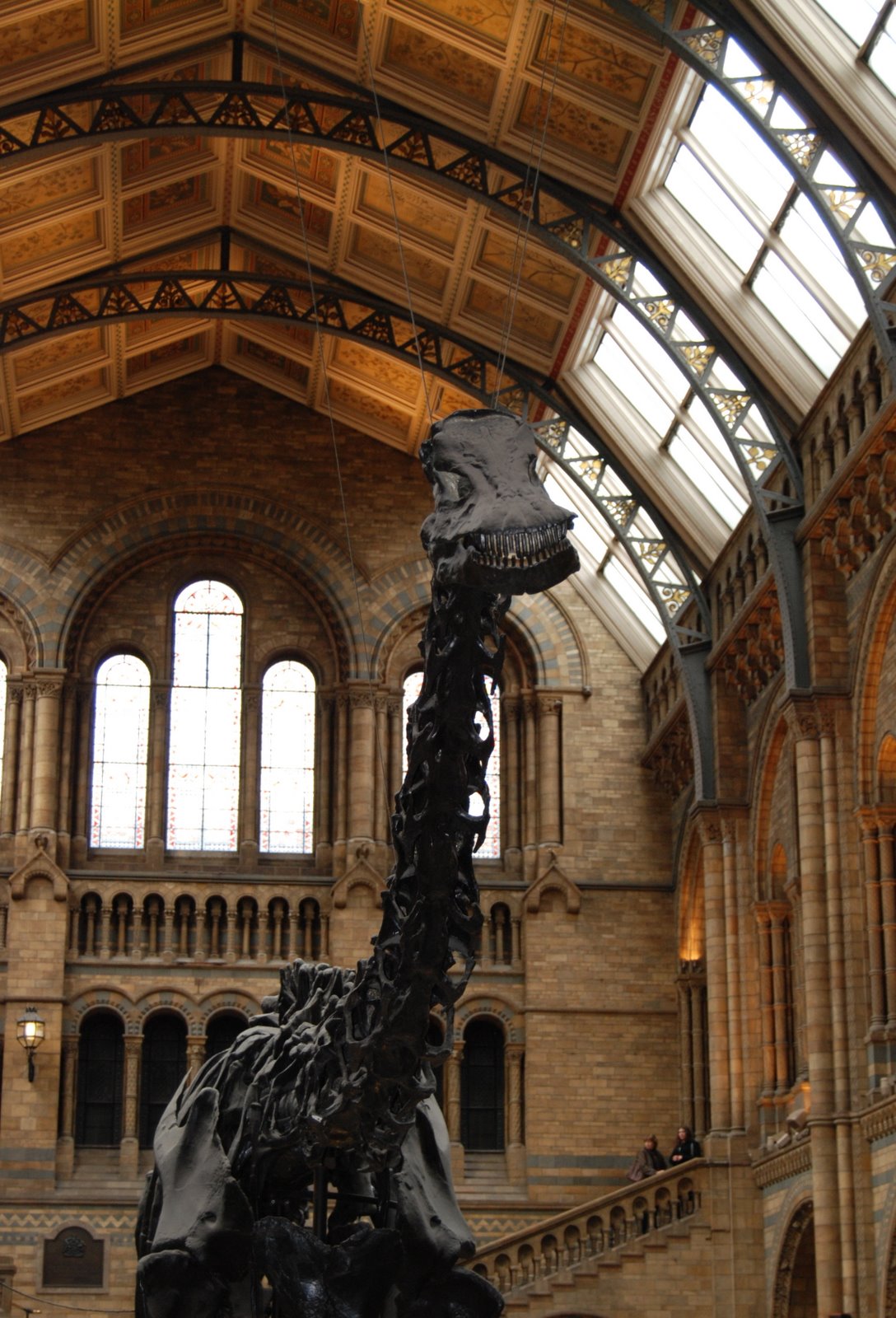 An atmospheric Victorian Gothic building of epic proportions, this is the archetypal museum and a perfect movie set. The centrepiece of the spectacularly ornate and cathedral-like entrance hall is the skeleton of a Diplodocus, which dwarves the scores of visitors milling around the intricate mosaic floor. This dramatic exhibit, which is surrounded by handsome archways leading to the museum's many galleries, is overlooked by stain glass windows, grand stairways and balconies made from attractive brown and fawn brickwork.

A large and typically-crowded gallery to the left of the hall houses many more dinosaur skeletons accompanied by informative posters pitched at both adults and kids. Towards the end of the elevated stairway are two small animated predators who eye the passing visitors, their teeth stained red from a recent meal. From behind a large screen at the end of the walkway, you can hear bloodcurdling roars. Rounding the corner, you are confronted with a full-size Tyrannosaurus Rex. The huge swivelling head and snapping jaws are realistic enough to raise the hairs on the back of your neck. But the effect is spoiled somewhat by a voice over the tannoy telling you to keep moving and an information board explaining that if a charging Tyrannosaurus were to trip up, the fall would probably kill it.

More recent fauna are covered in other galleries devoted to mammals, fish, amphibians, birds and reptiles. These contain impressive full size models of giraffes, African elephants, rhinos and even a massive blue whale, while monkey skeletons swing around the upstairs balconies. Many other aspects of life on earth from giant sequoia to climate change are tackled elsewhere in the museum. You are unlikely to have seen even one third of the exhibits before retreating to one of the cafes or restaurants. The self-service, but elegant, cafe behind the entrance hall sells moist and mouthwatering slices of cake for three pounds or four pounds bundled with a hot drink. It could end up being an expensive pit stop, but at least you don't have to pay to get into this excellent museum. 8/10