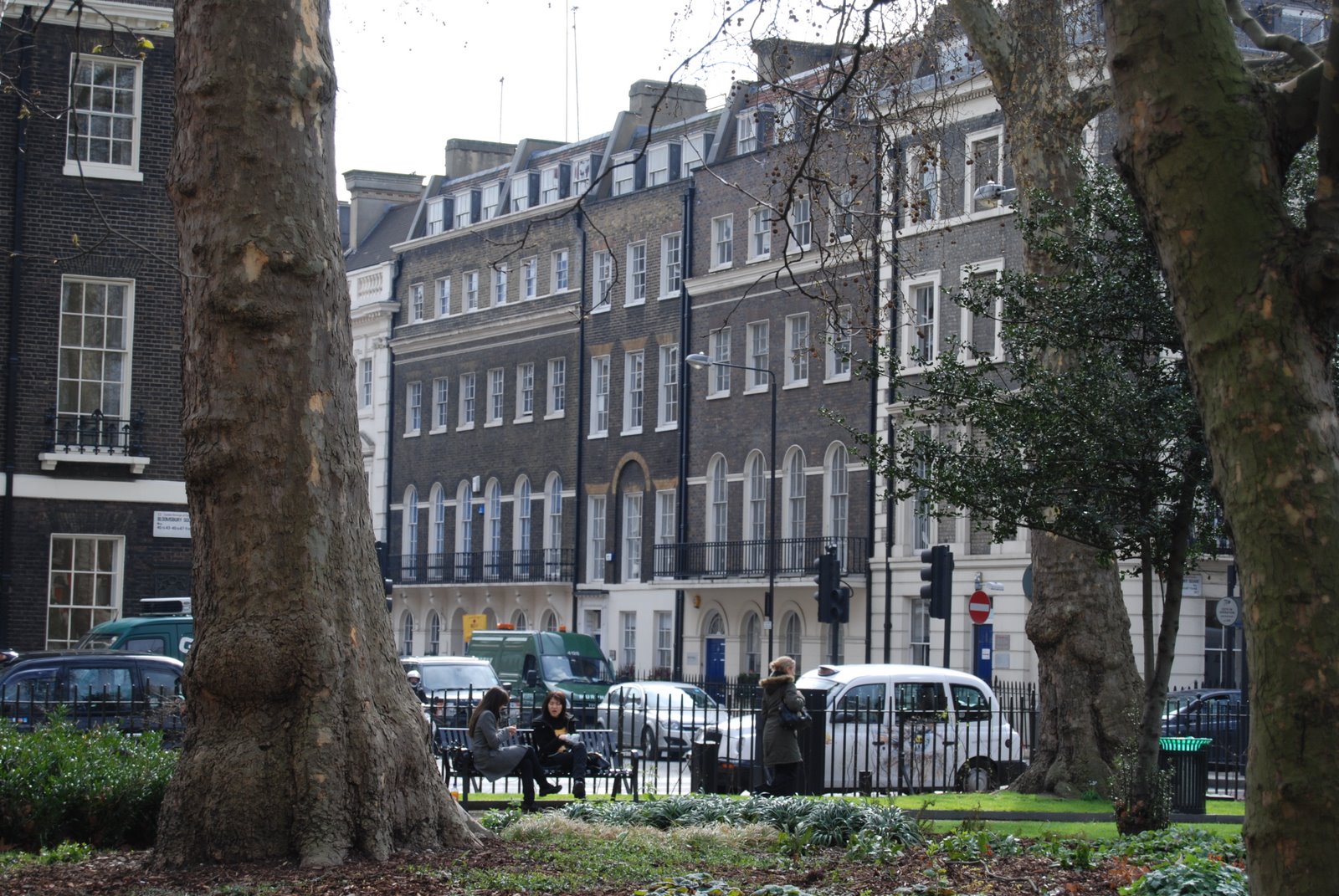 Often overlooked, Bloomsbury is one of the most understated, yet characterful, neighbourhoods in central London. Scores of elegant five-storey Georgian terraced houses, together with many other notable buildings and old-fashioned lampposts, line a series of large, green squares. Among the biggest is Russell Square, which has a park-sized garden enclosed by black iron railings and containing some fine old trees, plus a smart cafe selling a range of mouthwatering hot ciabatta sandwiches, including one filled with Italian salami, mozzarella and black olives for £4.20. The dozens of metallic outdoor tables, which are overlooked by the dramatic red and gold neo-Gothic Hotel Russell, make for a pleasant lunch spot.

Bloomsbury is also home to dozens of quirky, specialist shops selling new and second-hand cameras, books, games, art and many other collectors' items. Be sure to wander down Sicilian Avenue, a short, but eye-catching pedestrianised street with grand neo-classical columns at each end. Still, the area's centrepiece and star-turn is the vast and imposing British Museum, a 250-year-old neo-classical pile housing an unmatched collection of artifacts and antiquities from all over the world, accumulated in the days when Britain, quite literally, ruled the waves. 8/10