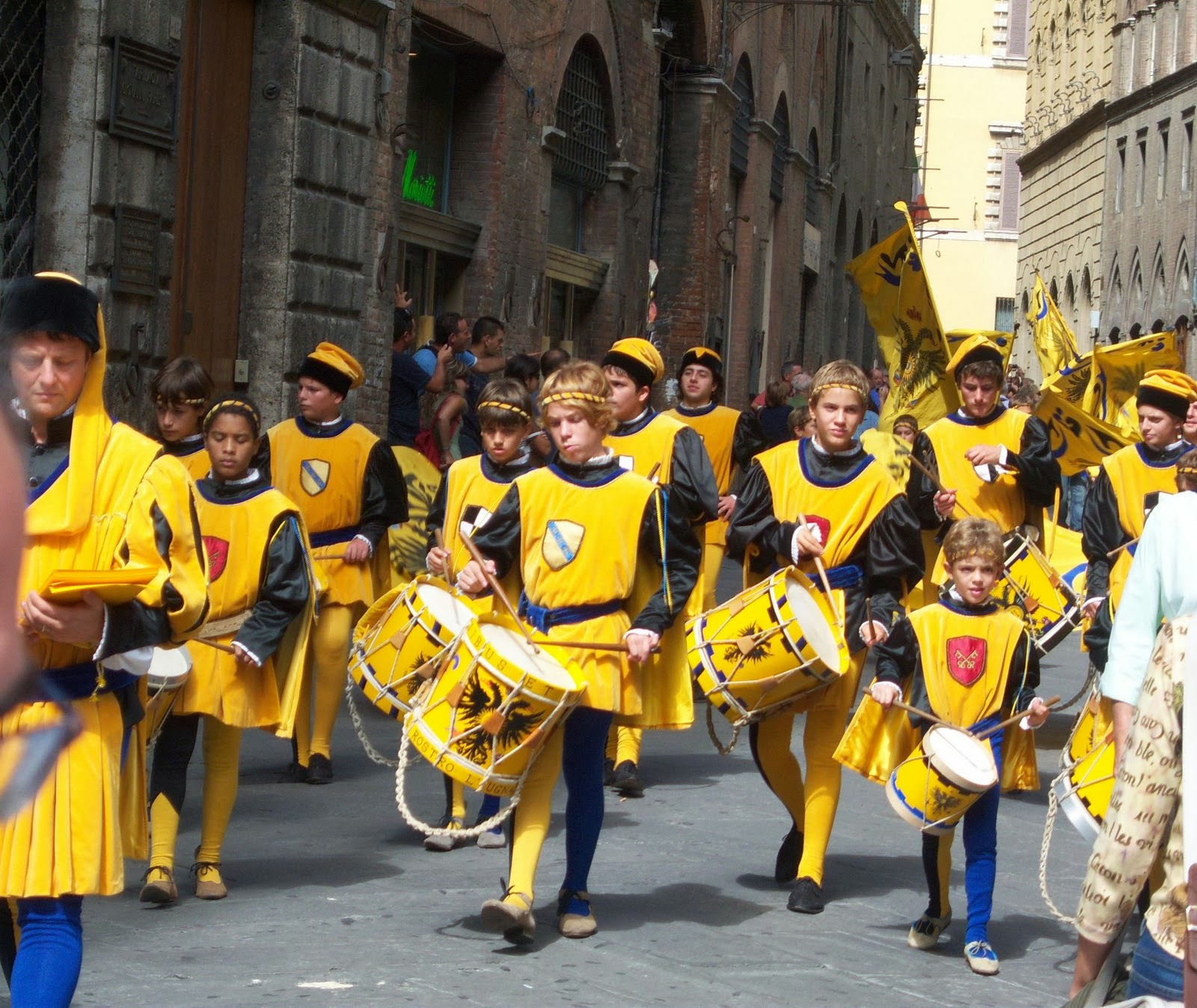 Even by Italian standards, this is an evocative, beautiful and atmospheric city drenched in character and tradition. Siena is, of course, renown for its summer Palios - madcap and downright dangerous bareback horse races around the tight corners of the stunning cobbled central square, the Campo. But Siena can surprise and delight throughout the year. Visitors might stumble upon a street party or a procession bedecked in flags bearing the colours and animal of one of the city's 17 medieval districts or contrada. Dressed in tights, pointy-toed shoes, tunics and other medieval garb, young residents play drums, whirl flags or blow trumpets while marching through Siena's narrow streets or encamped in one of its many timeless squares.


Surrounded by high red-brick walls and accessed through grand gateways, it is well worth exploring the ancient, dark-red alleyways of Siena, which skirt up and down the city's hills. Wherever you wander, you will spot the animal emblems of the local contrada or statues of a wolf suckling two children, which, according to legend, founded Siena.

Among the many memorable buildings is the vast Gothic 14th century town hall with its soaring bell tower, which dominates one side of the Campo. Nearby is the extraordinarily ornate and extravagant Duomo cathedral, which sits like a giant black, pink and white wedding cake on one of the city's many slopes, flanked by several elegant buildings, including a grand, free standing archway - part of an aborted extension to the Duomo itself. Siena's heyday in the 13th and 14th centuries has also left it with several other monumental churches, a museum for each contrada, many fine art collections and a series of beautiful fountains. But it is not all good. Although mostly pedestrianized, the odd car and motorcycle will keep you on your toes and some of the narrow streets, bordered by tall terraced houses, can feel gloomy and oppressive in the wrong light. Even so, Siena is a gem. 9/10