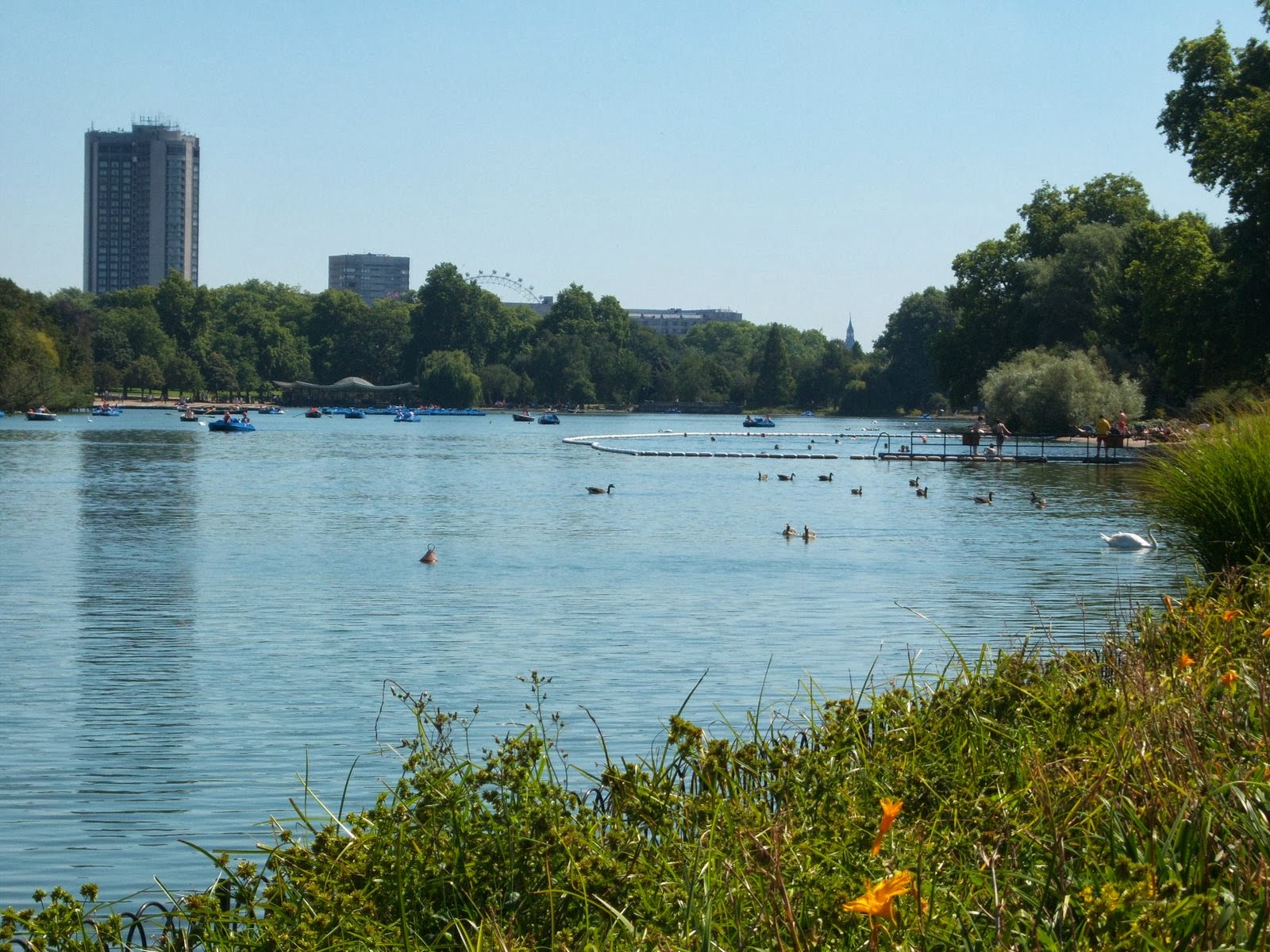 Central London's largest green space, Hyde Park is 340 acres (about 200 football pitches) squeezed in between Kensington and Mayfair. While it attracts lots of visitors, many on roller blades, it has plenty of secluded spots in which to escape the bustle of the City. There are enticing avenues lined by large, mature trees criss-crossing the park and a scattering of interesting monuments, but the northern half is rather flat and featureless. The southern section is dominated by the Serpentine boating lake, which is bordered by a lido, several smart, tasteful cafes and premium ice cream stalls. Further south, is the Princess Diana Memorial fountain - a fast-flowing artificial stream, made out of Cornish granite, that loops back on itself. You can sit on the banks and dangle you feet in the ice-cold water, but yellow t-shirted wardens are quick to stop anyone trying to stand up and paddle. 7/10