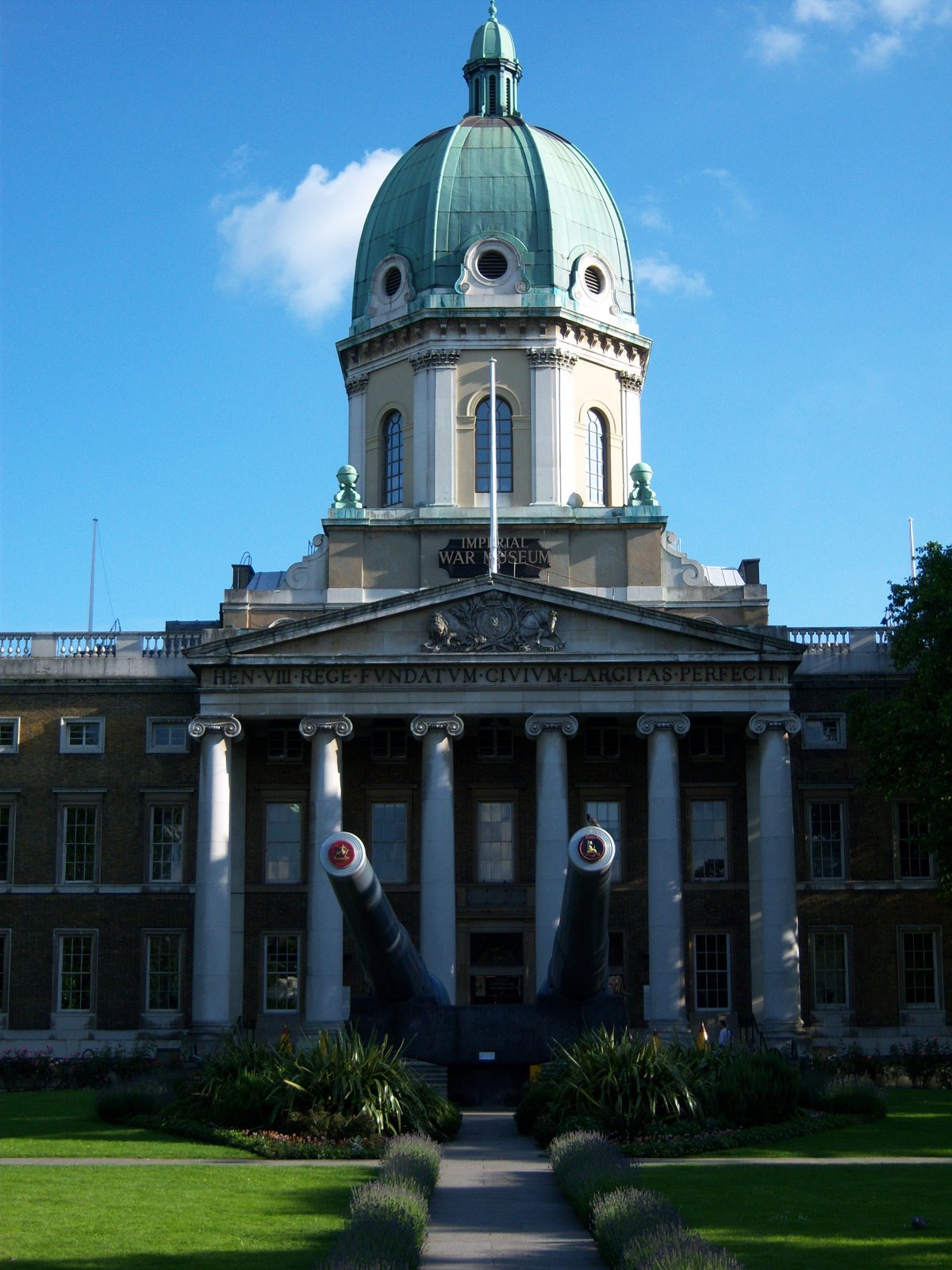 The entrance to this imposing building is fittingly guarded by a huge twin-barrelled artillery gun. Entrance is free, but go at 10am on a Sunday to avoid the crowds of boys and men drawn to this exceptional museum. Inside, the main gallery contains a dizzying array of military hardware from across the 20th Century, including a brutish First World War tank, a huge V2 Rocket, an American Sherman tank and a charming Edwardian London bus used to ferry British soldiers to the trenches. Up above, soar several fighter aircraft including the legendary spitfire and a couple of fragile by-planes. To one side is a self-service cafe selling moist and scrumptious blueberry muffins, chocolate chip cookies, cheese scones and hot meals.

Downstairs, a maze of galleries display a wealth of artifacts, uniforms, maps, insignias and other paraphernalia from the many armies that served in the two World Wars and the Cold War. Nearby, is the Trenches Experience where life-size models, sandbags, flashing lights, the rattle of machine guns and audio excerpts of frantic orders being issued to frightened men combine to create almost to realistic simulation of the front line in France. Ten minutes in here will leave you wondering how those soldiers were able to stand the trenches for 24 hours, never mind months on end. Nearby, there is also an evocative and extraordinarily-detailed reconstruction of a 1940s British house complete with an air-raid shelter made of corrugated iron. There are many more high-quality, informative and moving exhibits within the Imperial War Museum, which should be a port of call for any British Prime Minister contemplating conflict. 9/10