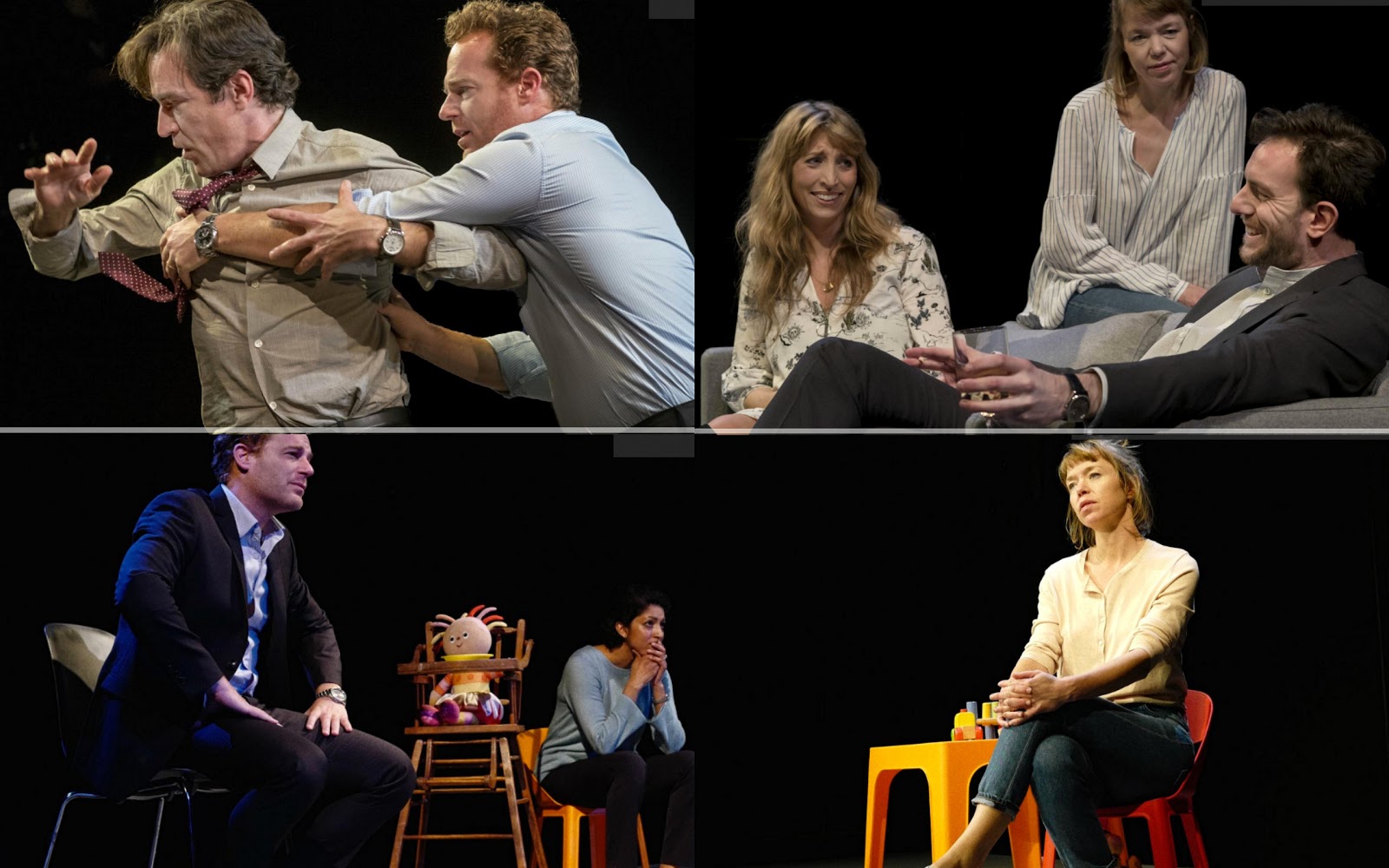 A new contemporary drama, Consent is performed in the round in the National's Dorfman Theatre, ensuring most of the audience have an intimate and close-up view of proceedings. Written by Nina Raine, the play is cleverly-crafted, exploring the thorny issues of what constitutes consent and rape inside and outside marriage from multiple angles and viewpoints. The searing script effectively contrasts the rigid logic of the legal process with the emotional trauma caused by sexual abuse, highlighting the relativity of so-called justice. Once a humble hamlet built around an olive press, Kapsaliana Village is now an upscale hotel in which most of the old stone houses now serve as guest rooms and apartments. Although the creamy stone buildings have been heavily restored and the rooms are well-equipped, comfortable and immaculate, the village still retains its rustic air.  Often overlooking well-tended gardens, many of the rooms have sun-trap terraces, as well as smart furniture and fixtures. The ancient olive press itself, together with a myriad of original metal artefacts and gnarled wooden equipment, is preserved in a couple of large rooms that serve as a small museum. In here, you can watch a video documentary on a large pull down screen in which former residents of Kapsaliana talk about how the population of the village dwindled over time. The hotel also boasts an outdoor pool with sweeping views down to the coastline, as well as a leafy terrace and posh dining rooms where you can have breakfast, lunch or dinner. The staff are very professional and efficient, but have time to chat. Only the flaky Wi-Fi disappoints. 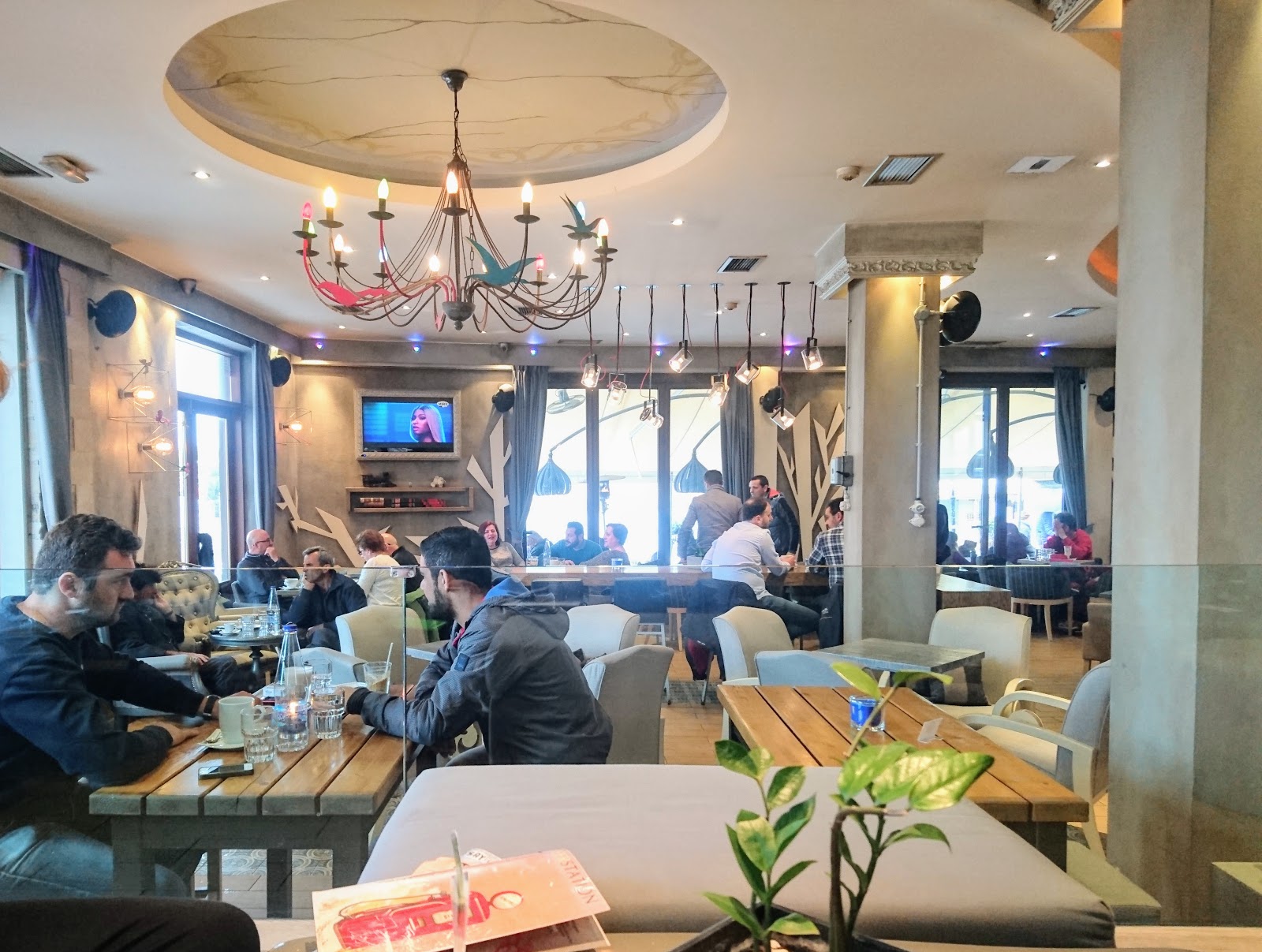 A coffee bar that wants to be a night club, Nuvel has a bling interior, plays high volume music videos and is staffed by attractive young things. Still, it also has a good view of Rethymno's ancient harbour, fast WiFi and very comfortable sofas. In fact, for the price of an expensive coffee, you can linger in Nuvel  for as long as you like, people watching and enjoying the buzzy vibe. 7/10

Rethymno in the Rain, Crete, 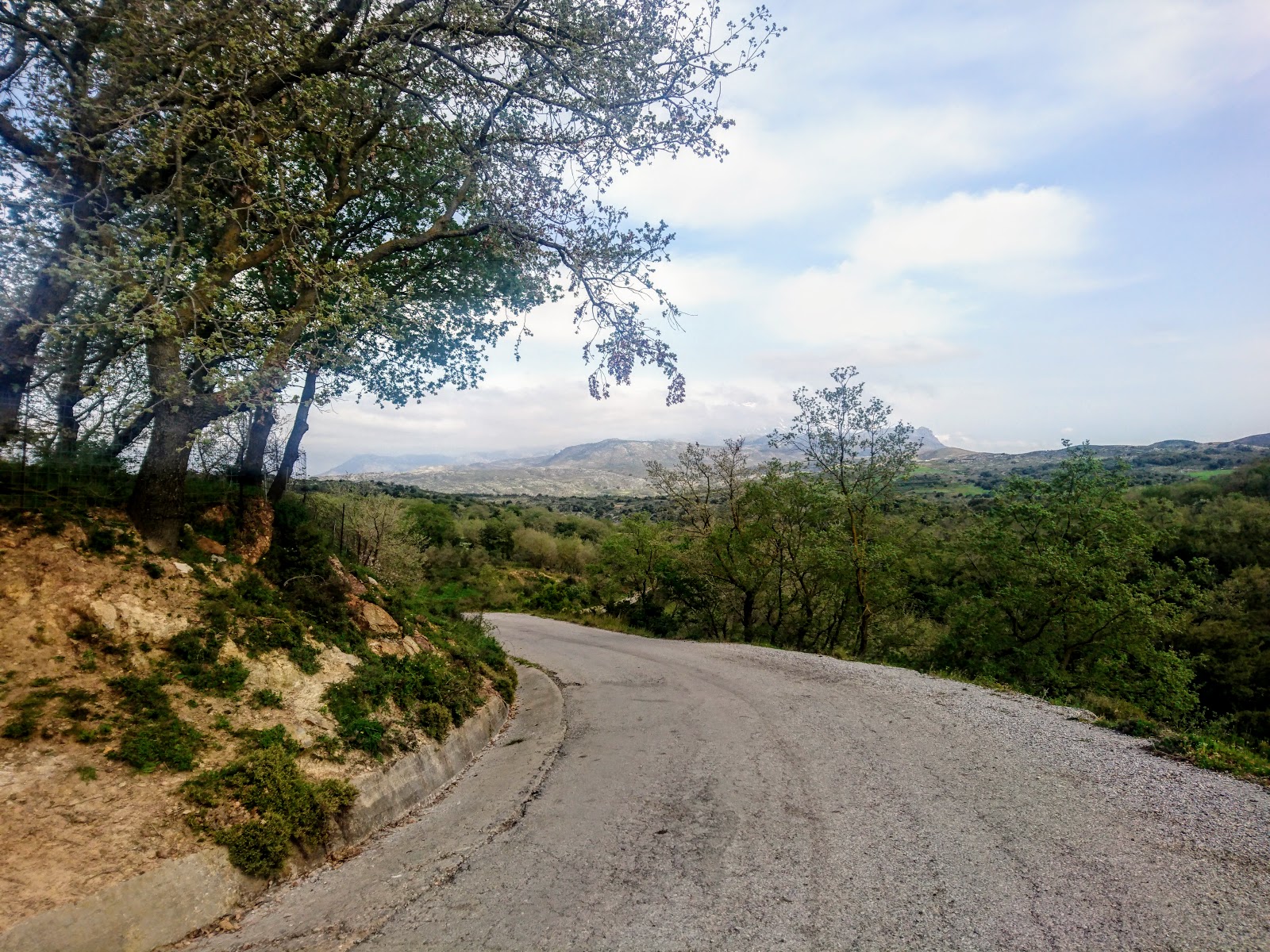 This fine road cycling circuit begins at the Olympic bike hire shop in Platanes on the north coast of Crete and heads in-land climbing steadily through the villages of Adele, Pigi and Loutra, before winding its way up the famous monastery at Arkadi. The road, which is fairly empty in April, continues to climb before peaking at about 600 metres amid sumptious mountainous scenery. The picturesque return route heads down through Charkia, which has a gleaming white church, and Ag. Triada, before returning to the coast. The last section involves a fun and fast descent on fresh tarmac, which veers steeply down towards the sea. Although the road surface can be dodgy in the hills above the monastery, this route would be doable on a road bike and is straightforward on a hybrid. It involves about 37km of riding, according to Strava, and 642 metres of climbing, nearly all of which comes in the first half. 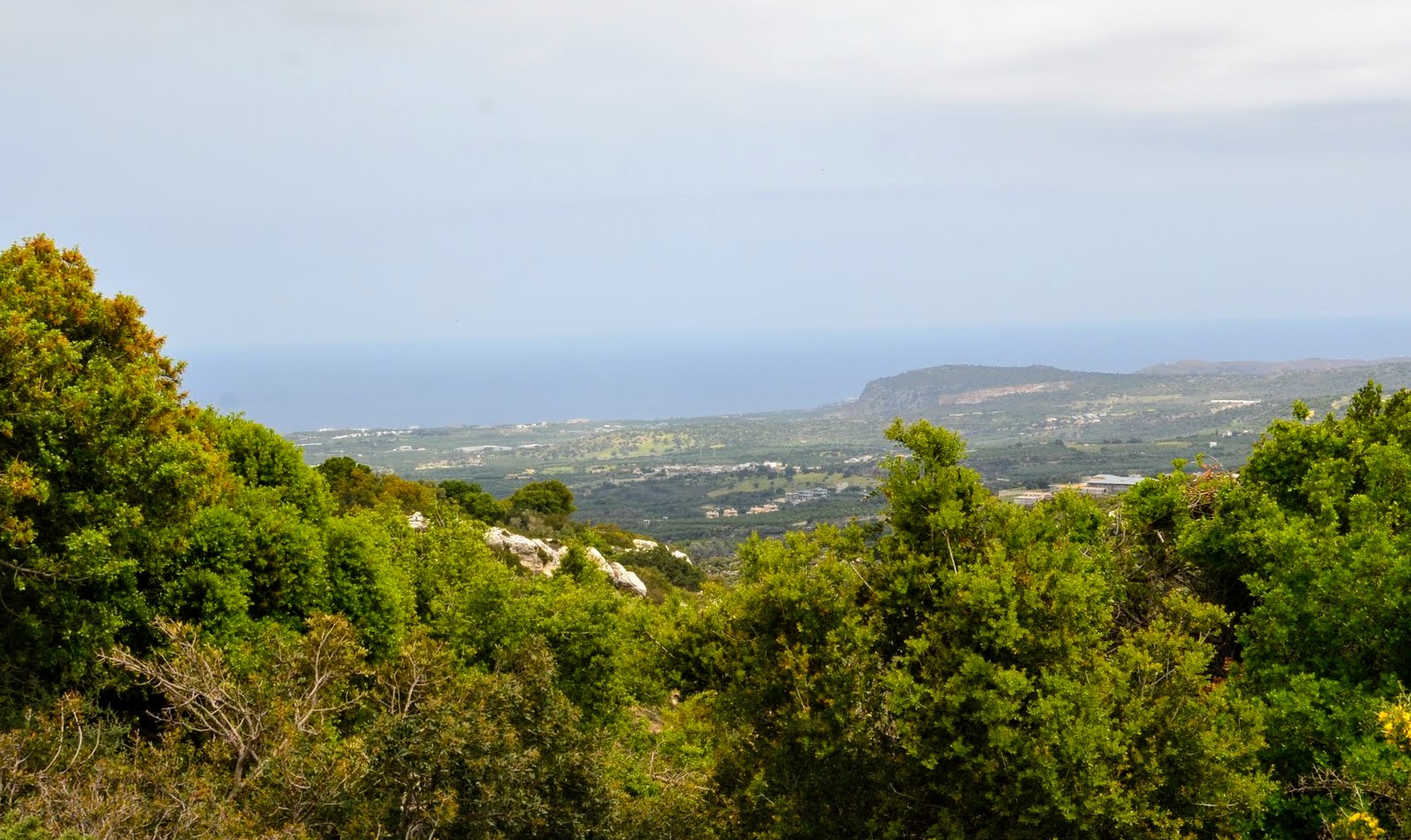 If you are staying at Kapsaliana Village Hotel, one of the staff will drive you up to the nearby Arkadi Monastery and point you in the direction of a trail that leads back down through the picturesque valley to the hotel. The walking is fairly easy and there are some fine views of the distant Mediterranean, but you may have to work your way through a large herd of goats overseen by adults with impressive horns. If you get distracted, you might lose your way, at least temporarily, forcing you to cut across country through the shrub. Towards the end of this 3km to 4km walk, you will have a stiff climb back up to Kapsaliana Village.
See more 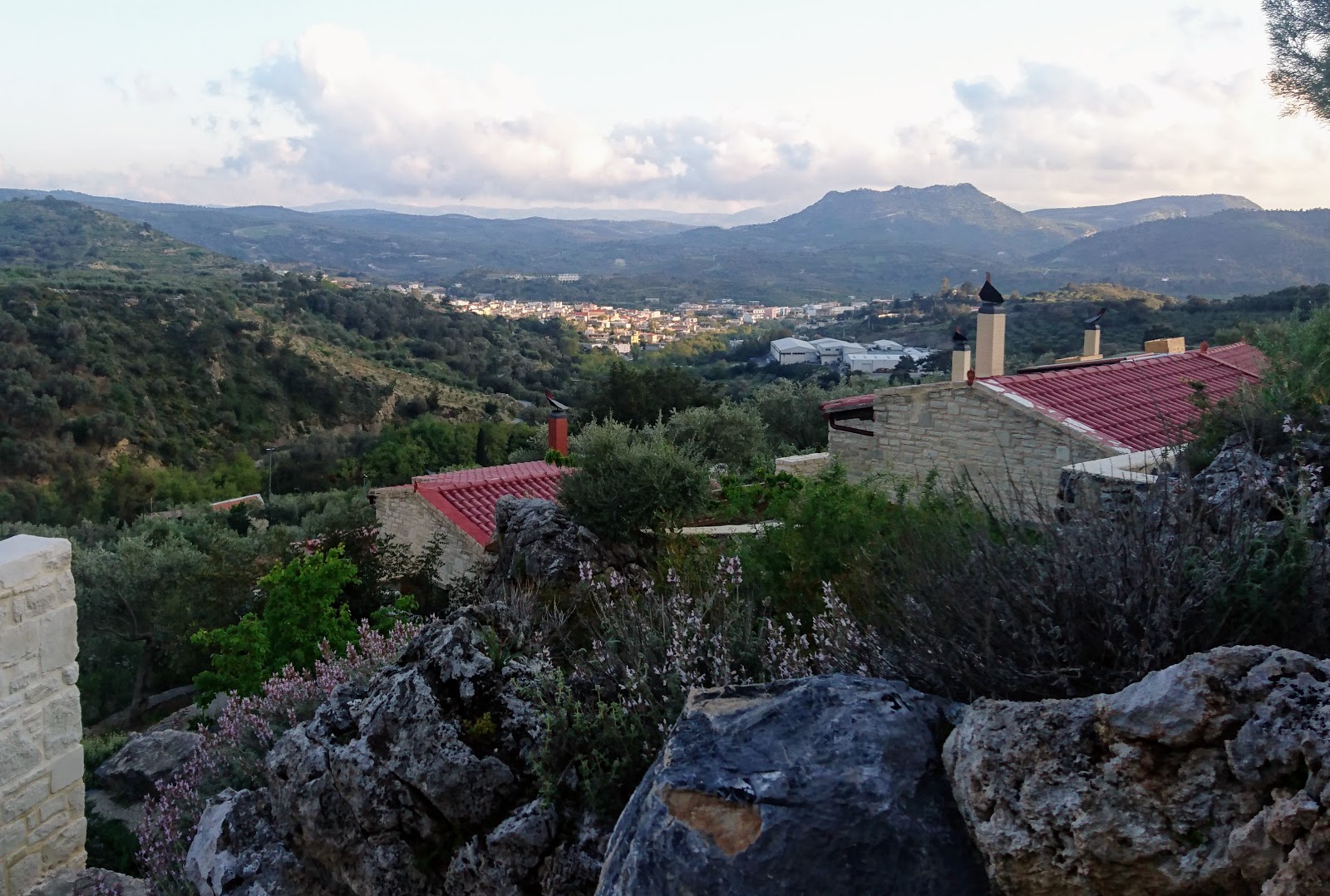 With about 20 self-contained cottages perched on a steep hillside, Eleonas is in a fine location for exploring Crete's mountainous interior. Built sensitively in amongst an elderly olive grove, the village is fairly new, but blends well into its craggy surroundings.  If you are given one of the cottages at the top, you'll face a leg-busting climb up to your accommodation, but the views from the patio and the terrace are pretty special. The cottages themselves are modestly furnished, but are comfortable and well-equipped, each with WiFi, a wood-burning stove, a safe and a kitchenette. Some of the cottages can accommodate a family of five, but you may have to queue for the single bathroom. If your hire car is up to it, you can drive a very rough road south from the Odigitria Monastery towards the coast. When you have had enough of weaving around the potholes, park up and walk through the Agiofarago Gorge down towards the beach. Following the valley floor, the meandering footpath is flanked by steep orange rock faces pock-marked with caves. You can scramble up into some of these caverns and survey the valley floor below. As you walk, you'll hear the bleating of goats perched precipitously on the crags around and above you.  In April, the patchy stream at your feet will be alive with tadpoles. On the approach to the pebbly beach, you'll come across elderly olive trees and a battered cream church, roofed in red.  After soaking up some sun or taking a dip, you can retrace your steps. This is a memorable and fun walk, which should take you a couple of hours or so. 8/10
See more 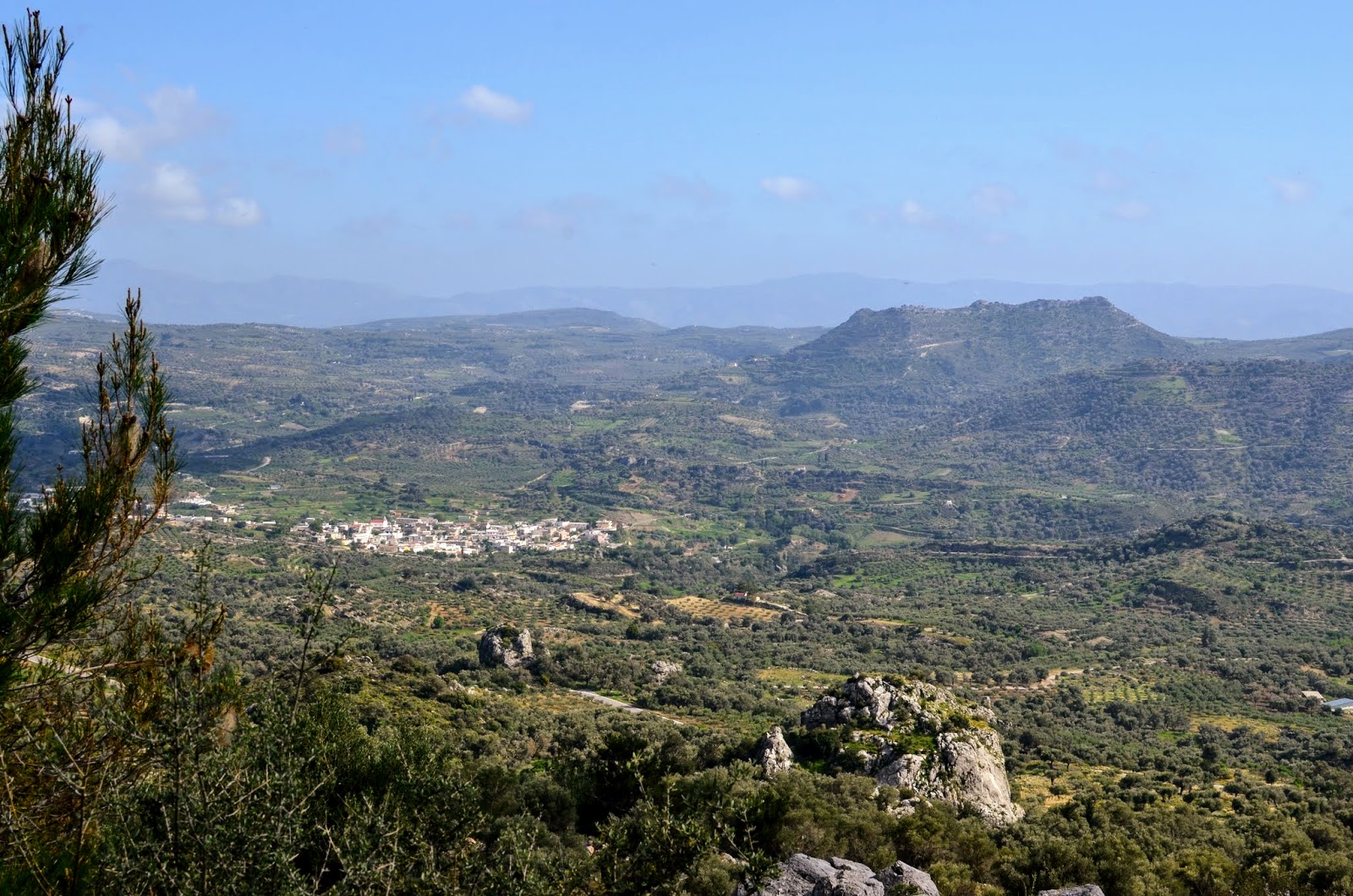 As it winds up towards the Vrontissi Monastery, this 6km round trip from the hotel at Eleonas provides sweeping views of the valleys and mountains around the town of Zaros.  The hillsides, which are lush in April, are punctuated with ancient olive groves and cypress trees, and sprinkled with wild flowers. The Monastery itself is quite picturesque and you may encounter frisky goats. Although some of the inclines are steep, this is a very enjoyable walk through Crete's charismatic countryside. 8/10 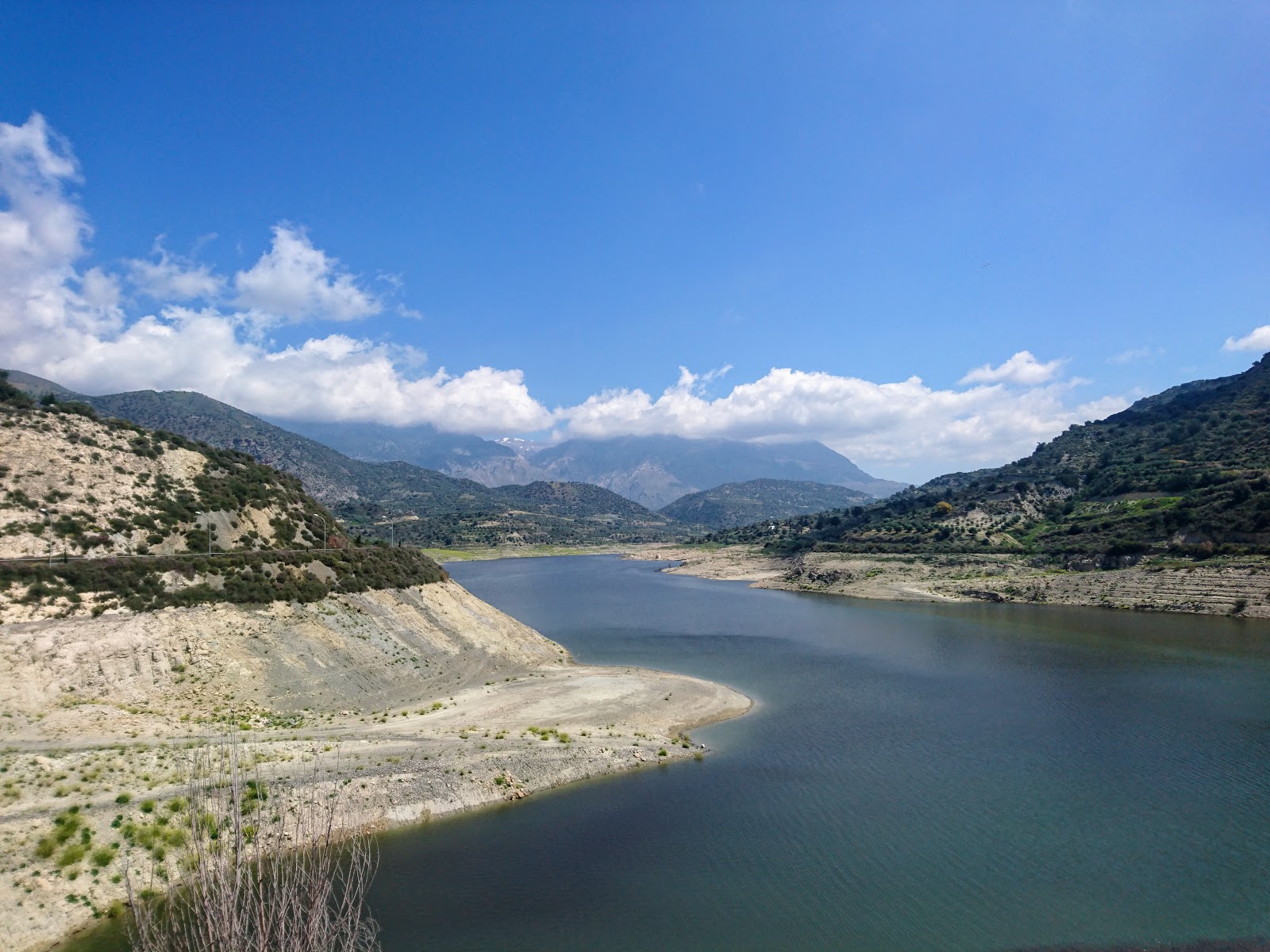 This pleasant 25km round trip is probably best undertaken on a mountain bike or a hybrid, as the rubble-strewn roads get pretty rough in places. The cruise down through Zaros is easy enough, but some of the views of the reservoir are marred by the mesh fence around its perimeter and there are sections of plastic black piping everywhere you look. Still, the countryside can be lush, the road follows a stream and you might see a well-drilled sheepdog in action. The climb back will have your legs pumping, but it isn't too challenging. 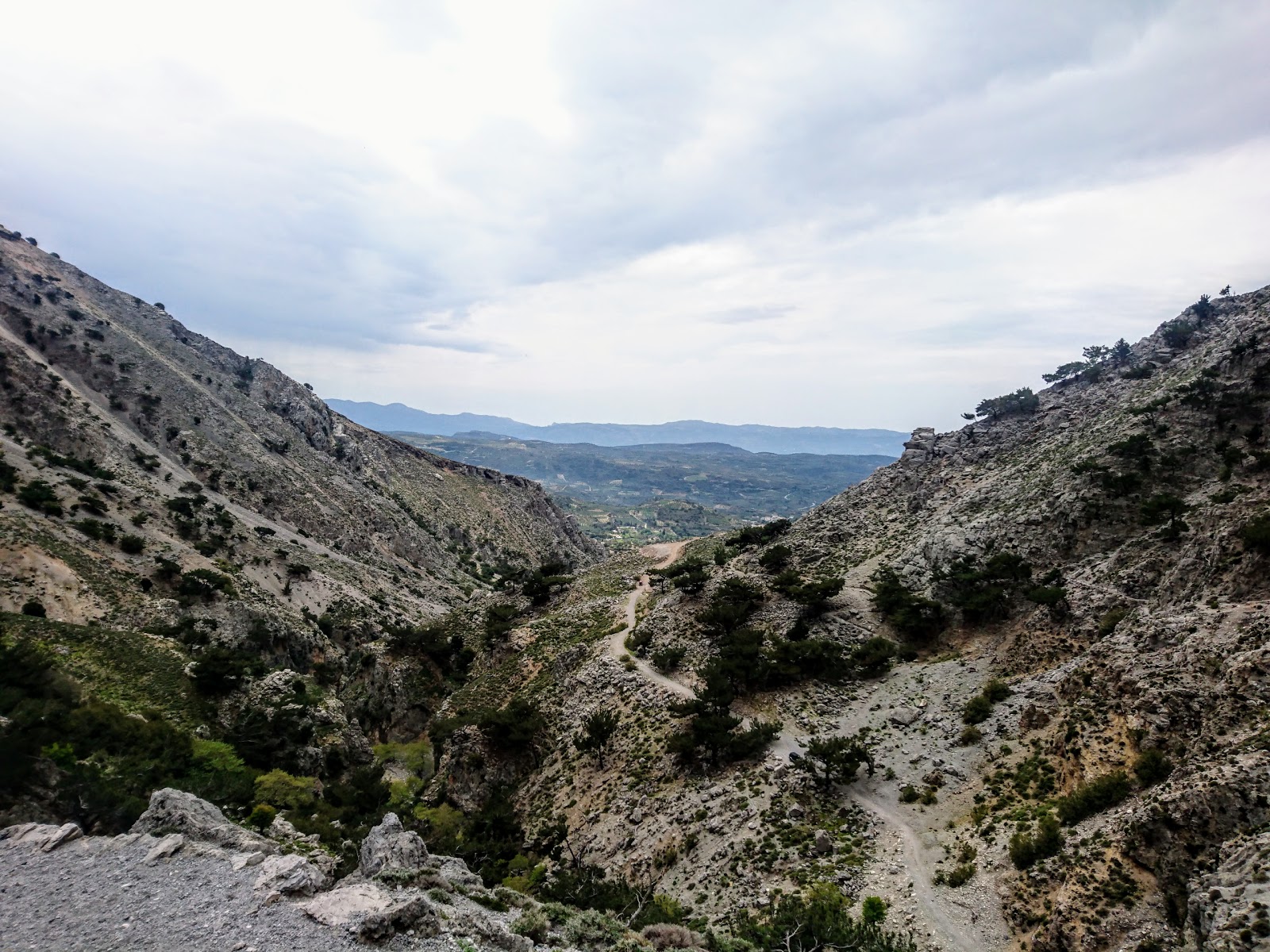 You can hike the Rouvas Gorge trail by following the black arrows from Eleonas Country Village.   Climbing upwards, the rugged route criss-crosses a largely dry riverbed flanked by steep hillsides.  In the early stages, you might encounter some docile goats. Although the base of the gorge is lush with shrubs and tress, the surrounding hillsides are rocky and harsh. Still, the views back down the valley and to the mountains beyond are impressive. After about four or five kilometres, the route requires you to clamber over some boulders and up towards a charming wooden bridge. You could turn round here or push on towards the Rouvas Forest, which is reputed to have ancient oak trees, but you'll probably need most of the day to make the return trip. Alternatively, you can drive to a point half way up the gorge and start the walk from there.
See more